Pursuant to Article 14 of the Law of Georgia on Broadcasting and the Code of Conduct of Broadcasters adopted by the Georgian National Communication Commission (GNCC) in 2009, broadcasters are obliged to establish an efficient complains mechanism for considering customers’ complaints.

If  a broadcaster breaches the Code of Conduct, apply to us through filling out a provided questionnaire and the Media Development Foundation, MDF will present your complaint in a broadcaster's self-regulation body. 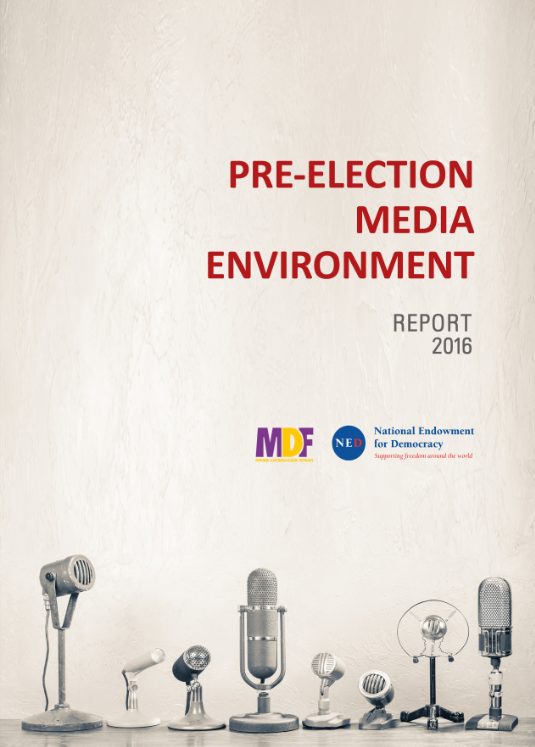 With the support of the National Endowment for Democracy, NED, the Media Development Foundation (MDF) publishes periodic reports on media freedom in Georgia. This report overviews pre-election media environment for the period of 2016.

Reports rest on the analysis of documents, official information requested from public entities and media reports.

This report consists of six chapters covering the following topics: the first chapter overviews legislative amendments proposed in 2016; the second is dedicated to the financial and business environment; followed by media ownership cases; fourth chapter concerns staff changes and closure of the TV programs in 2016; fact of violations of journalists rights are reviewed in the fifth charter, while final part of the report is dedicated to the election related issues.